Disclaimer!
This article is for Information purpose only. We do not encourage you in any manner to misuse this tool.

The “Remote Control System Android” is an Advanced real-world surveillance and hacking tool ever made for Android platform. The “Hacking Team”, The creators of RCS android are famous for their government grade spy tools and tie-ups with international agencies and Government Surveillance programs around the world including NSA.

Recently “Hacking Team” had faced massive hacking attacks on their servers, leading to leakage of their hacking tool’s source code for different platforms, including Android. There are endless possibilities of what this Tool can do. It can do so many things and spy on so many levels that they consider it the most sophisticated Android malware ever exposed.

The “RCS Android” consists of 2 core modules: the Evidence Collector and the Event Action Trigger.

Event Action Trigger module is in charge of triggering malicious actions based on certain events (e.g. screen turning on, or SMS received with keywords). It can sync configuration data, upgrade modules, and download new payloads; upload the above mentioned collected data to the server, and purge it from the device; execute shell commands; disable the network, root access; reset the device’s locking password; and even uninstall the bot after use, to clear the tracks. 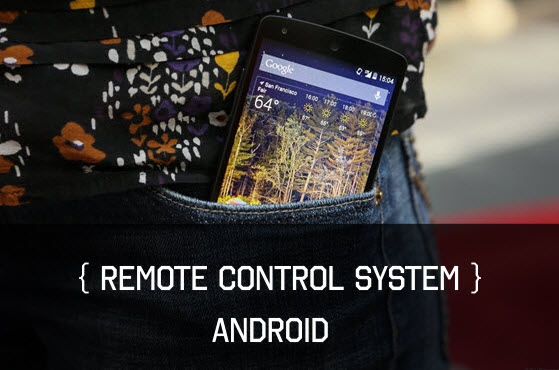 The reason why “RCS Android” has been refereed to as sophisticated is because of its ability to operate in fully stealth mode, so much so that to avoid detection and removal of the agent app in the device memory, the Hacking suite also detects emulators or sandboxes, obfuscates code using DexGuard, uses ELF string obfuscator, and adjusts the OOM (out-of-memory) value.

‘HackedTeam‘, The team behind massive hacking attack on “Hacking team” itself, has already made all the RCS tools available as Git repositories. You can download the same below:

[ * ] The above repository contains raw source code of ‘RCS Android’, You will need to figure out all the modules and compile the required module and install it on the victims device.

1. Hackers on duty used backdoor apps such as “BeNews” available on the official Google Play Store to take advantage of a local privilege escalation bug to root the device and install the RCS Android agent.

So, how do i protect my Android device from this RCS Tool?

Since the tool is now available publicly, and considering the capabilities of it, many of the devices out there are already infected or are easily vulnerable to this android hacking tool. Its always good to follow these preventive measure.

Even with all these precautions, there’s always a possibility you’ll get infected. If you notice that your device is behaving in an unusual way (e.g. reboots or freezes unexpectedly), you should check whether it has been compromised. If you are not sure, ask people who know about these things or consult your manufacturer service center.